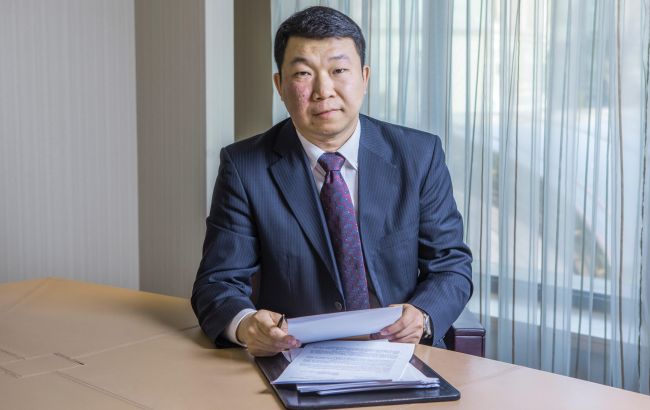 The government is once again planning to reduce the “feed-in” tariffs, which were introduced to stimulate the development of renewable energy. In particular, according to the recently presented draft Memorandum between the Ministry of Energy and Environment on the one hand and market participants on the other, it is proposed to reduce the “feed-in” tariff for solar power plants commissioned by 2020…

In retrospect, the reduction of tariffs for existing entities is not for the first time in Ukraine. In 2015, the rate was “restructured” by 44% for the sleeping stations of the Chinese state corporation CNBM. In this rank, the plan is to reduce the “feed-in” tariff will be even different for an hour of the robot company in Ukraine.

In the Interview of RBK-Ukraine, a representative of the Chinese State Corporation CNBM New Energy Engineering, Yunzhchi Chen, spoke about the situation with the initiative to reduce the “feed-in” tariffs and those for which the investment class in the land of the foreign countries.

– Did Chi take CNBM a part in the negotiation of the draft Memorandum presented by the Ministry? How did your propositions go?

– But, besides, CNBM is one of the best gravitators on the market of sleepy energy in Ukraine, the gravitator who first turned the green energy industry in Ukraine, who first saw the lowered tariffs for us, didn’t ask us did not feed our thoughts about Chergov lower tariffs

Mi vazhaєmo such an initiative to discriminate one hundred percent of the Chinese business, Oskilka our company Edina, as the reduction of tariffs has already stuck in 2015-16.

I guess, the tariff will be reduced by 10 MW for the SES, so only for 10 of our units. They wanted to write the law behind the back of the Chinese state corporation, as to be included in the list of 500 best companies in the world, whose hand is from the largest officials in Ukraine. They brought us the documents on hand, but it’s not like that, if they didn’t want to hear them, they didn’t think of us – as a result, the tariff for our stations was reduced by 44%.

– Uryad pіdkreslyuє, so the reduction of tariffs for new dzherel will give the opportunity to balance, in advance, the financial situation in the hallway of the economy of cilkokh milyardіv hryvnia on viplays to investors. Tse is similar to a healthy idea in the minds of a crisis. Why does your company want to be discriminated against?

– It is not necessary to consider the need not for solving problems in the hallway, but because of the reason why the problems have come to a head, this has become the cause of the crisis. For the whole, it is enough to marvel at the dynamism of the growth of pressures of the new energy industry in Ukraine. First of all, it’s in 2018, especially, in 2019 it’s growing a thorny streak at a few times. The price of supervising the hundredth fall of the main generating property (in the sleepy energy – the price of photovoltaic elements). We are a great virobnik and, in practice, know that for the rest of the rock, the part of the possession fell more than 4 times, and also in 2011-2012 more than 6-8 times. The first price for the unchanged “feed-in” tariff, established by 2016 roci. Obviously, the price has caused a serious “overheating” of the galuzy with the idleness of power in the 2018-2019 rocks – the result is that at a time.

I have brought the facts to the home, publicly discussed and found the meanings in the memorandum, which is discussed by the Ministry of Energy.

Collectively, shukati vikhid s crisis є, as you seem to be a healthy idea – protest in the ninth realities, proponent shukati viklyuly by the investor. The model of changing the guaranteed tariff should be negotiated, or the smart crocs from the other sides are not to be missed: the idea of ​​extending the terms of tariffs is not negotiable, and the slackening of the side of the bank did not bully. Investors get all the money to change, but I don’t have to proportionally write off the Borg banks, but to change the financing rate.

To be ashamed to discriminate about us – then everything is obvious here. For a reason, the CNBM company is not aware of the situation in Ukraine before the situation. We stayed at the end of the project in 2013 and didn’t invest in new projects – so that they didn’t take part in the growing pressure of the rest of the rock, which caused a crisis. Ownership on our facilities was bought for prices from 2011-2012 to rock, yak bully more nizh in 6-8 times vishche ninishnich. As a matter of fact, the tariff, which is currently in progress, is guilty of a large amount of vitrati on the main fund. Three of the same indicators rose the payback of the project, credits, etc. And, in 2015, they lowered the tariff only for our companies, and reduced it by 44%.

At the same time, for the reduction of tariffs, we carried out restructuring with banks and prodovzhumo fairly pay on loans, pay wages, payments, realizumo social projects. Repeatedly lowering tariffs for our SES to make a restructuring to the point of bankruptcy of our companies and unauthorized loans to banks.

– Yak kroki vi shattered from his side, why should you convey your position?

– We sent updated sheets of the legislative authority – to the professional committee, the viconious authority – to the Office of the President, the Prime Minister of Ukraine, the Minister of Energy – they clearly caught our position about the unfortunate and unfairness of injustice. Ale all the same spod_vamosya at the special events. In addition, as we see it, an analogous sheet has also been sent to the Chinese Trade Association, which is the most common Chinese business in Ukraine, and the “Oschadbank”, which will receive a loan from our service.

Before the speech, for “Oschadbank” the potential to waste the cost-benefit of one of the great poses can turn into serious legacies. Miles for 2019 paid the bank UAH 436.4 million for a loan and UAH 139.5 million for a loan. Pislya 2015, the rockies have restructured their foreign trade once more. The bank is guilty of having to formulate it for a “problematic” foreign exchange of additional reserves. In exchange for a lower surplus tariffs, the Borg will have to restructure again, and obviously on a lower term, until 2029. And it is unacceptable for us, not for the bank, to put a threat to the interests of depositors, and the state.

– The situation we look at is not styling from the point of view of energy, but from the point of view of being placed to foreign investors in general and to Chinese zokrem. Tariffs are the price of Ukraine’s goiter before investors. Їх lowering (if there is a guarantee of invariability until the end of 2029) – non-submission of cigars’ yazan. The first axis on one bowl of our economy is the absence of crops and the loss of the reputation of an excellent partner for the earthly business, and on the other – the owner of the investors, intelligence and more for all the rules of the gross and The vibe should be obvious, but not for all participants in the process.

The next terms of the memorandum with the “green” were revealed: minus 15%...

The Government has signed a Memorandum with producers of “green” electr...
Scroll to top